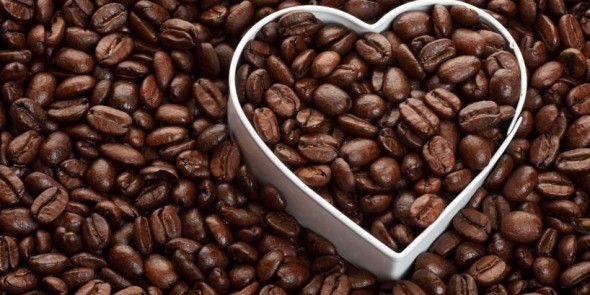 For many athletes, especially those who exercise in the morning, workout begins with a cup of coffee. For athletes and non-athletes alike, coffee jump starts their day. This caffeinated boost wakes us up and makes us more alert. With the proliferation of coffee shops on every corner and caffeinated products sold in grocery and convenience stores, we have become a caffeinated nation. Caffeine is the most widely used drug in the world.

Although the benefits of caffeine in endurance exercise were first reported over 30 years ago, new studies reveal that caffeine offers athletes so many advantages that it should become an integral part of their regular workout regimen. First and most important caffeine is exceedingly safe. Even high levels of regular caffeine are not associated with any significant health risk. In fact, research is showing that caffeine may offer long-term health benefits in older people. Here are the latest facts about caffeine.

The original research on caffeine in the 60’s suggested that caffeine improves endurance by sparing muscle glycogen. Your muscles contain a fixed amount of glycogen, the muscle’s energy source. When glycogen levels are depleted, you hit the wall or bonk. Caffeine may preserve muscle glycogen by increasing the use of fat as an energy source.

The latest research suggests that caffeine may extend endurance through different mechanisms. Scientists at the University of England in Birmingham found that when caffeine was combined with carbohydrate it stimulated the utilization of the carbohydrate in the sports drink as an energy source. The researchers also found that caffeine increased the absorption rate of the carbohydrate, which meant faster delivery to the muscle where it could be converted into energy.

We now know that the brain plays an important role in extending endurance. Fatigue signals emanating from the brain send a message to our muscles telling us we are tired and should stop. Caffeine, by blocking these specific signals, delays fatigue. The effect of caffeine on the brain may also explain Australian studies that found that caffeine consumed one hour before running sprints improves speed. In this case, caffeine may speed muscle contraction.

The benefits of caffeine are not limited to just endurance activities. English researchers found that consuming caffeine before a standard weight training regimen significantly delayed fatigue as measured by the number of repetitions. The researchers suggested that caffeine helps generate more forceful muscle contractions.

Even in team sports, caffeine was shown to improve performance. Soccer players consuming caffeine dribbled, headed and kicked the ball more accurately than when they didn’t consume caffeine.

This impressive data suggests that every athlete should incorporate caffeine into their exercise regimen. However, there are some myths about caffeine that many athletes believe. The first myth is that caffeine, because of its diuretic effect, causes dehydration. The studies show, however, that you can have up to five cups of coffee without affecting hydration levels. In other words you can consume quite a few caffeinated sports drinks and gels.

• Caffeine in doses up to 500mg is exceedingly safe for most individuals.