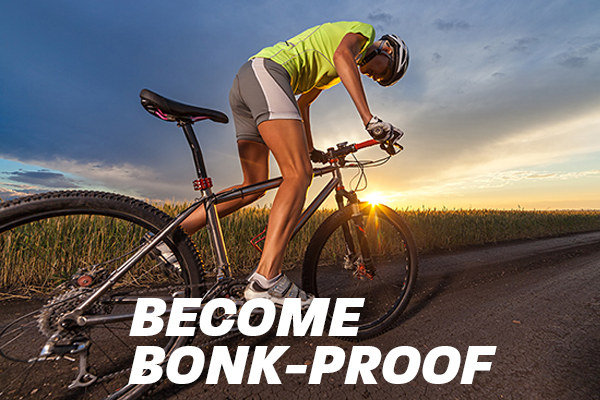 Every endurance athlete has "bonked," or "hit the wall" at some point. 30 years ago, scientists believed that extreme fatigue, or bonking, was a result of lactic acid build up. However, research has shown that the causes of fatigue are more complex. There is general agreement that fatigue has two components: a muscle component and a brain component. The question is whether they act in concert or independently.

The best evidence indicates that fatigue begins in the muscle. As muscles work harder to generate energy required for muscle contraction, there is a natural change in the level of four critical components:

Glycogen is the form in which muscles store energy. Glycogen supplies in the muscles are limited. When glycogen falls to a critical level, the muscle begins to lose its ability to maintain energy output and we bonk. To preserve glycogen and stave off the bonk, the muscle cell increases its use of blood glucose as an energy source. Since glucose is the brain cells' primary energy source, any drop in circulating glucose impacts the brain, making us feel more tired. A drop in blood glucose also causes a release in the brain of IL-6, an immune regulator, that has been shown to increase feelings of fatigue.

We all know about free radicals. These are highly reactive molecules that can damage muscle proteins and are one of the causes of post-exercise muscle soreness. Free radical buildup is a natural consequence of exercise. The more oxygen we breathe, the more free radicals we produce. Free radicals cause fatigue in three ways. First, free-radical buildup interferes with the mechanism responsible for maintaining oxygen and nutrient delivery to the muscles. Second, free radical formation also interferes with the mechanism that controls muscle contraction. Third, the muscle damage generated by free radicals may release brain fatigue signals.

During strenuous activity, blood pH is lowered when the muscle is forced to generate energy in the absence of cellular oxygen. This process produces lactic acid, which at one time was believed to cause a lowering of blood pH and generate fatigue. We now know that the pH effect is a result of the energy-producing reaction, not lactic acid. Regardless, a lowering of blood pH produces multiple symptoms associated with fatigue such as muscle burning and reduced work capacity.

Although more research is needed to complete the picture, it is certainly clear that changes in these four key constituents, which are a direct result of increased muscle metabolism, can cause brain fatigue and bonking. This unified model of fatigue also gives us an excellent blueprint for how we can use nutrition to combat fatigue.

The ideal anti-fatigue nutrition to consume during strenuous activity contains:

This brain-muscle nutritional strategy won't eliminate fatigue completely, but it certainly will have a positive impact in your next triathlon. 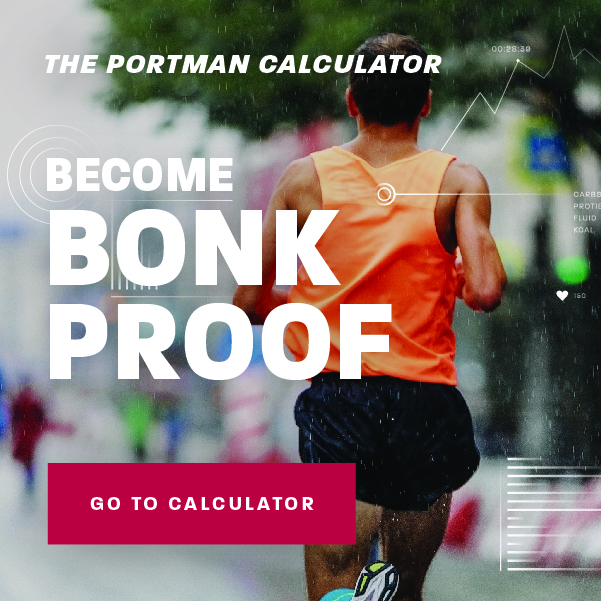 Want to calculate how much you need to consume before, during, and after your workout in order to make it efficient? Try The Portman Calculator.

Dr. Robert Portman is a well-known exercise scientist and author of Nutrient Timing and The Performance Zone. His latest book is Hardwired for Fitness.